In her statement, Nadia Rasheed expressed her delight at the engagement, noting that she was happy to realize that the Ministry was leading population issues in the country, especially with a former UN Personnel in-charge.

She said the UNFPA had been fully engaged in supporting the recently concluded Mid-Term Population and Housing Census, especially in providing technical expertise, ensuring the successful outcome of the Census.

Madam Nadia Rasheed also reminded the Minister of UNFPA’s role in the popularization and dissemination of the National Population Policy, across the country, despite the challenges with the COVID-19 pandemic at that time.

In his response, the Minister welcomed the new Representative to Sierra Leone, noting that the UNFPA had been an important organization to work withwhich was why the Ministry had created a population desk that would look into all population related issues.

He reassured UNFPA of government’s continued dedication to implementing the commitments made at the ICPD25 Summit in Nairobi, adding that the respective government Ministries, especially the Ministry of Gender and Children’s Affairs were fully supporting the process in achieving the commitments.

Dr. Kai-Kai thanked UNFPA for their support throughout the Mid-Term Population and Housing Census, noting that it was a critical activity for government. He said the technical expertise UNFPA provided was fundamental to the overall strategy and successful outcome of the Census process.

He called on the UNFPA to support the demographic studies department at the University of Sierra Leone to improve on capacity building in demography.

UNFPA is the United Nations sexual and reproductive health agency with the mission to deliver a world where every pregnancy is wanted, every childbirth is safe and every young person’s potential is fulfilled. 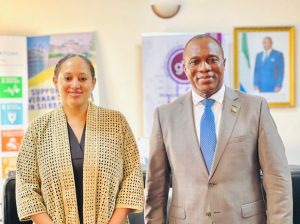 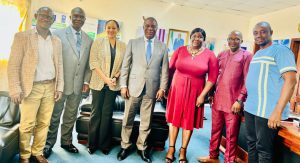